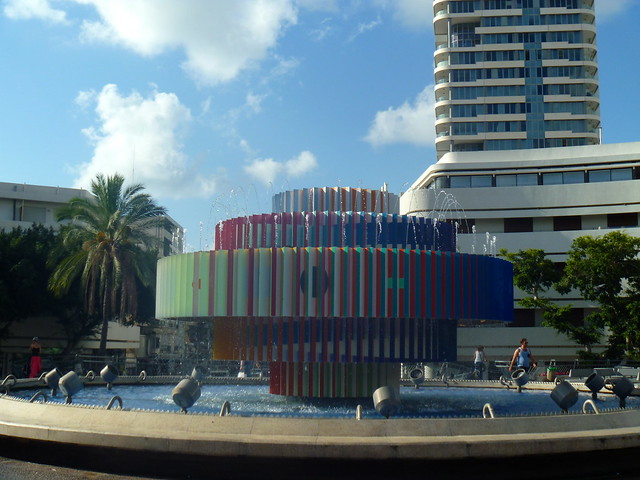 I’ve been in Tel Aviv for a week already. I was considering moving on to Jerusalem today, but I’m concerned that there won’t be much to do once the sun goes down tonight for Shabbat, aside from areas like the Muslim Quarter. Tel Aviv, on the other hand, is a much more secular city and the options aren’t as limited, so I’ve decided to stay here until Sunday. 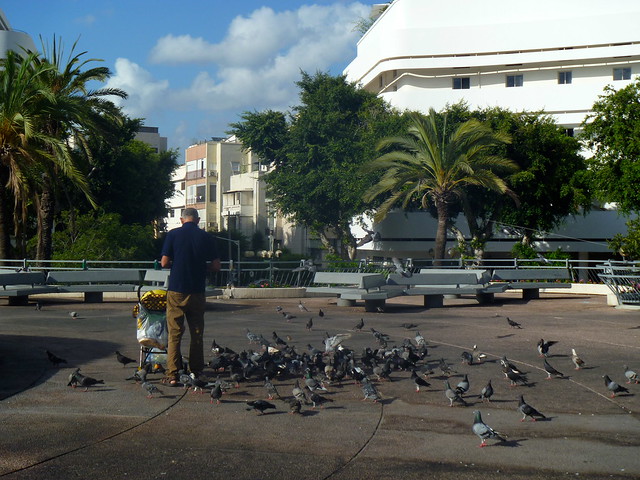 I’m loving Tel Aviv, in any case, and feel very at home here. I’m staying at a hostel called Florentine in the southern end of the city, which is actually turning out to be one of the best hostels I’ve ever stayed in (and it’s been quite a few around the world by now). It’s just got a really great social atmosphere and the staff is amazingly helpful and friendly. I was originally at a place called HaYarkon 48, which is right by the beach and was totally adequate, but it was a little too pricey for my budget, so I checked out and ended up liking Florentine better! 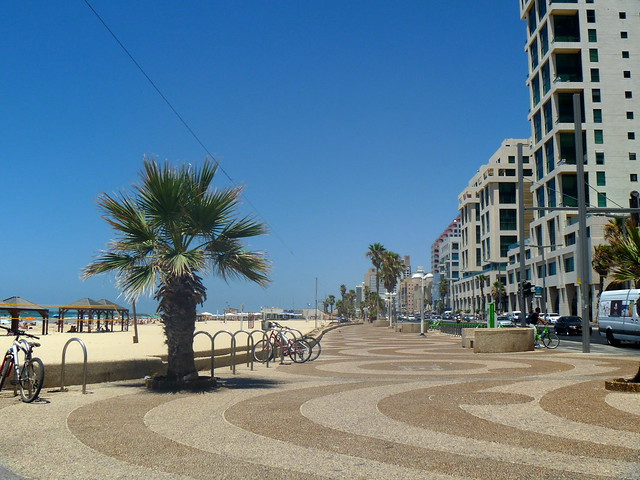 I’ve been laying pretty low most of this week, just relaxing and leisurely exploring different areas of the city. I think I have finally recovered from Birthright, but it’s harder to recover from this heat. Just walking five blocks can be exhausting in this weather. It’s hard to get motivated to do much in the middle of the day, when it’s absolutely blistering outside and even the shade isn’t much relief. Luckily there is a great bus system here so you can get basically anywhere in the city for less than 7 shekels. They also have city-wide bike rental stations, but when I tried to use them yesterday I ended up getting the one bicycle with a flat tire. Just my luck. 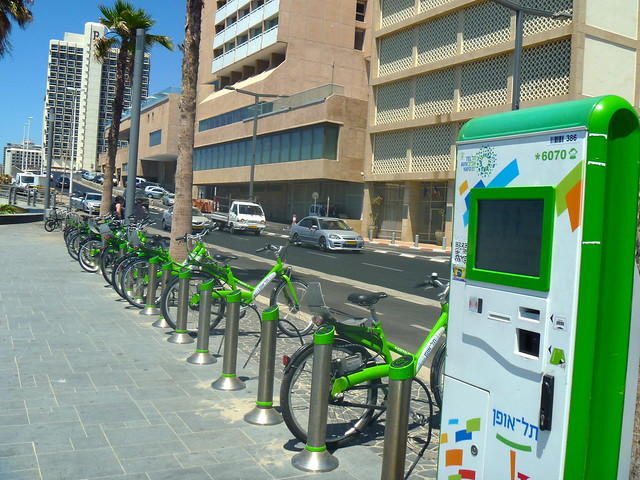 I’ve found a few favorite spots around town already. I’m writing this from the backyard of a great bookstore/cafe on King George Street which is like a little oasis tucked away in the bustling center of town. Nice and shady, with trees, umbrellas, and couches, and they have great cold coffee, strong WiFi, and don’t seem to mind if I camp out for a while. 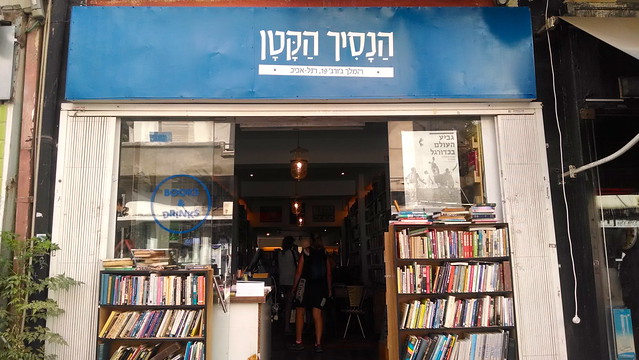 There’s also a great shwarma/schnitzel/falafel place on Allenby St. just across from Carmel Market that my friend Lawrence and I stumbled upon the other day, and the owner chatted with us a while. When he found out we were tourists he asked (as several people have already), “Aren’t you afraid to be in Israel right now?” I’m still not sure how to answer that question. According to him, the streets are empty (though they don’t seem that way to me), and tourism is really down, so he seemed grateful for our business. When I went back the next day by myself, he gave me free falafel balls while I waited for my kebab to be cooked and introduced me to his wife, who was very sweet. 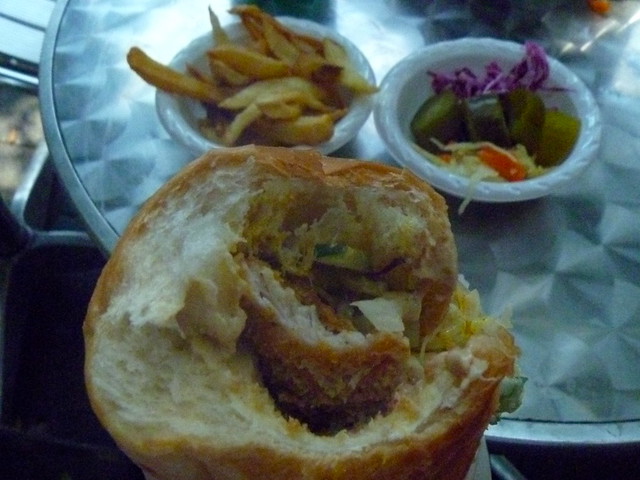 I’ve also become addicted to Cofix, a relatively new Israeli chain that has locations all over town (and I keep my eyes peeled for them everywhere I go). They’re basically just a takeout coffee shop, but everything they sell is only 5 shekels. In a city as expensive as Tel Aviv, the 18 shekel iced coffees I’ve been having in sidewalk cafes are really starting to add up, so this is my new favorite discovery. I never thought I’d be so excited about a chain store! I’ve also heard a rumor that some of the Cofixes become bars at night (where everything is still 5 shekels), but I have yet to witness this phenomenon. 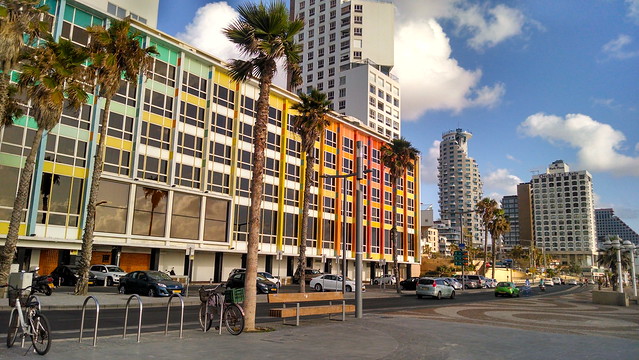